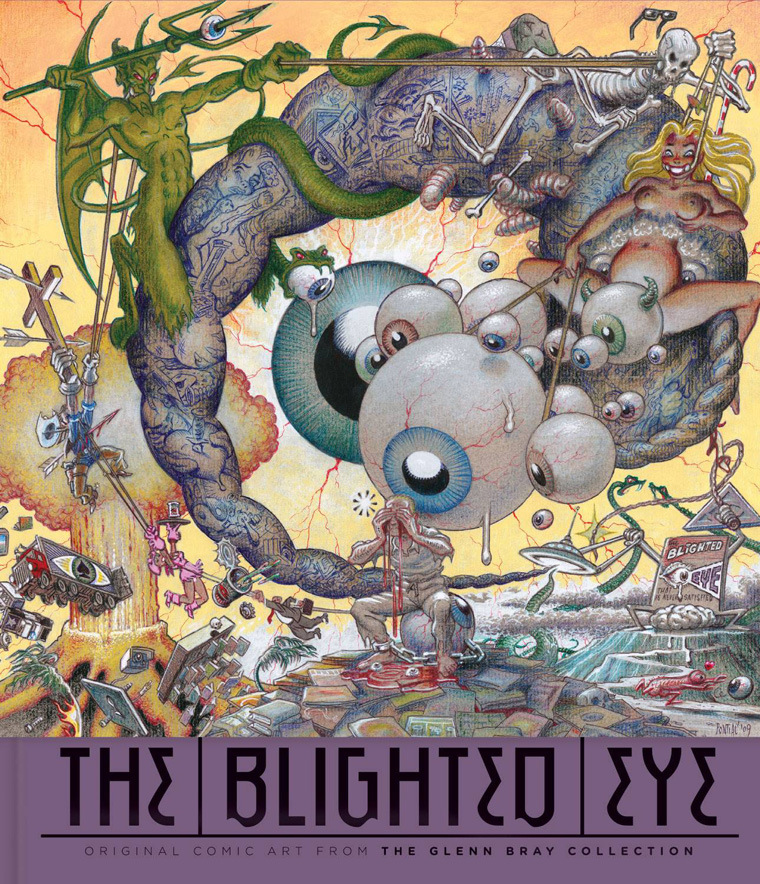 Posted at 19:36h in Past Events by Staff

The Blighted Eye is the most copious, the most diverse, and the most lavish compilation of original comic art ever published — all from the mind-boggling collection of Glenn Bray. Bray was an enthusiast of marginal or outsider American pop culture when he started to collect original comic art in 1965 — a time when very few people, including the artists themselves, truly valued the original art. Bray has, over the last nearly 50 years, amassed the most eclectic collection of original comic art in private hands. Public exhibitions of original comics art has proliferated over the last decade with such shows as Masters of American Comics at LA’s Hammer Museum and R. Crumb’s Underground at Seattle’s Frye Museum. Readers have been able to see this original art in museum catalogues and the occasional compilation of work digitally scanned directly from the original art. Although drawn for print, the hand-crafted, original art — brush strokes and pen lines inked on paper — offers a beauty and an unique insight into the form, a different way of perceiving the artist’s work. Full color.

Glenn Bray will be here in person to sign his book, as will Todd Hignite and Robert Williams, who each supplied a foreword.

If you cannot attend the event and would like a signed book, contact Soap Plant / Wacko at (323) 663-0122 or sales@soapplant.com